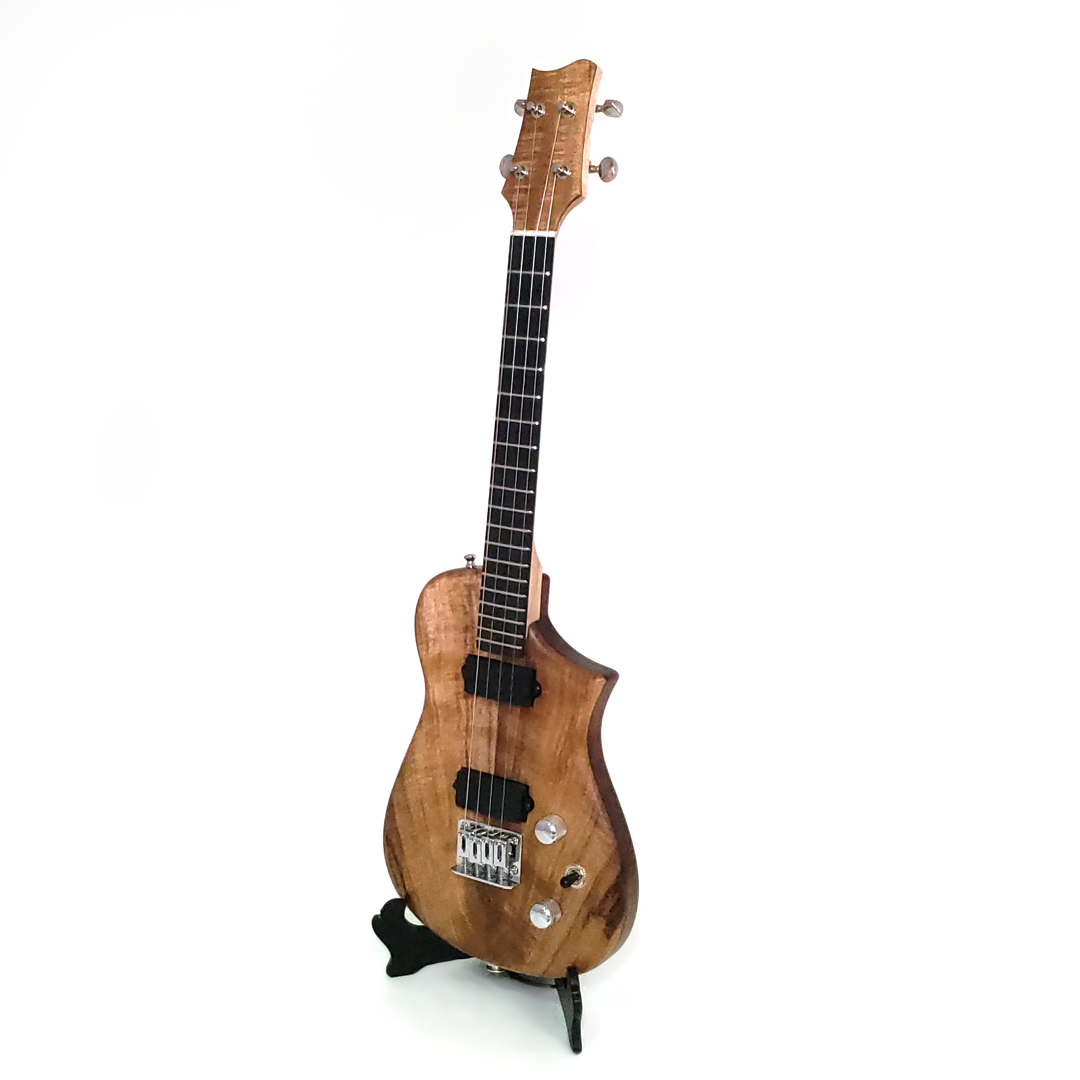 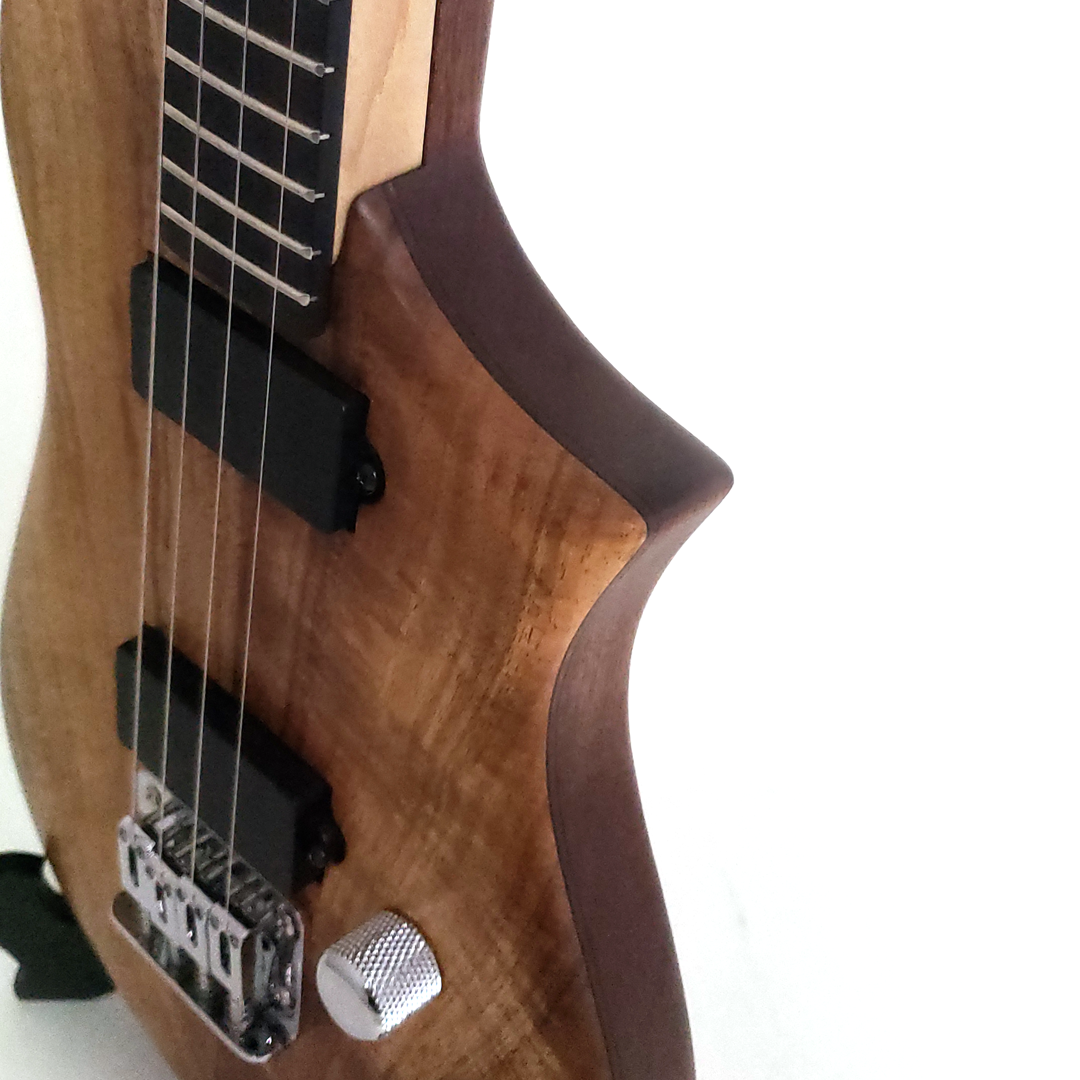 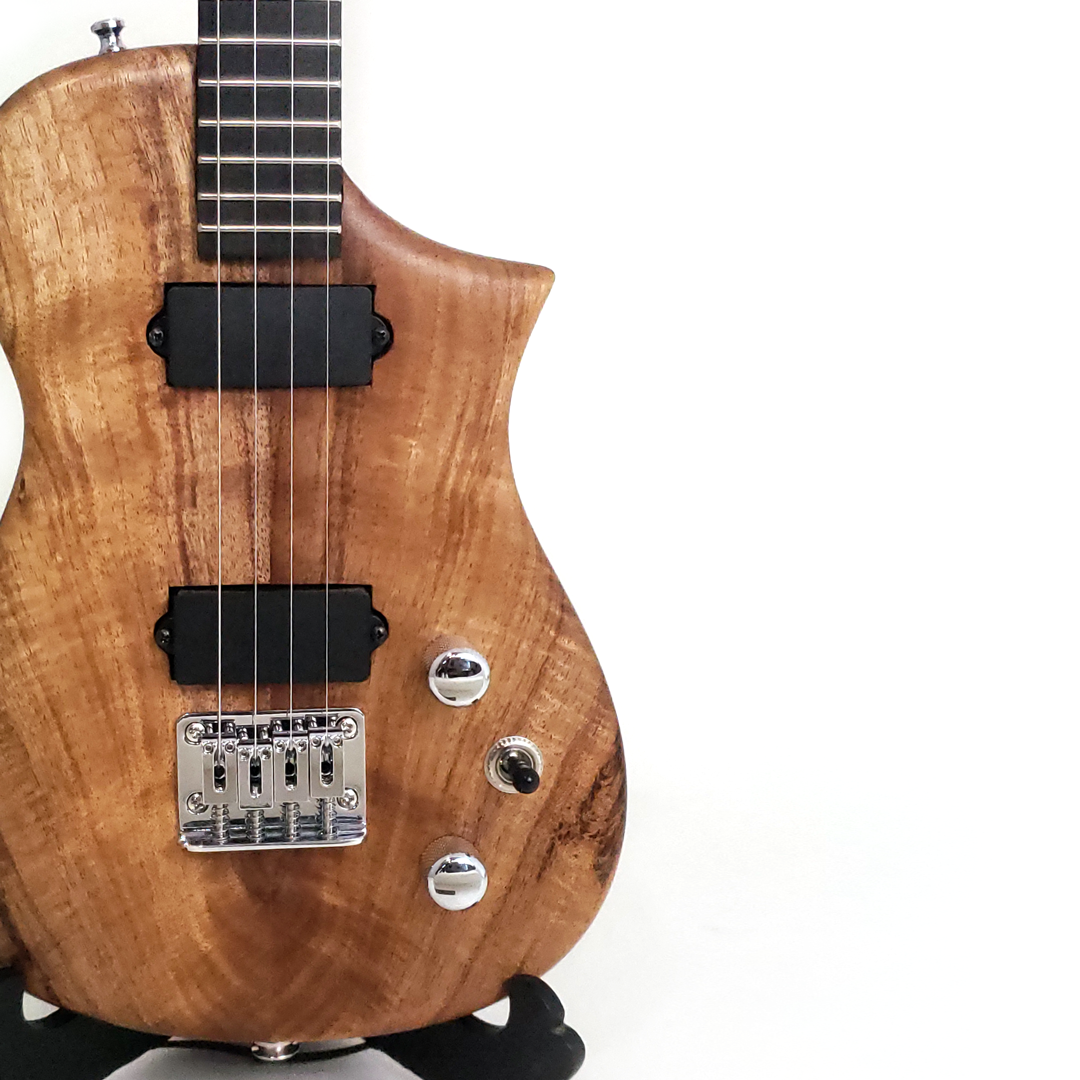 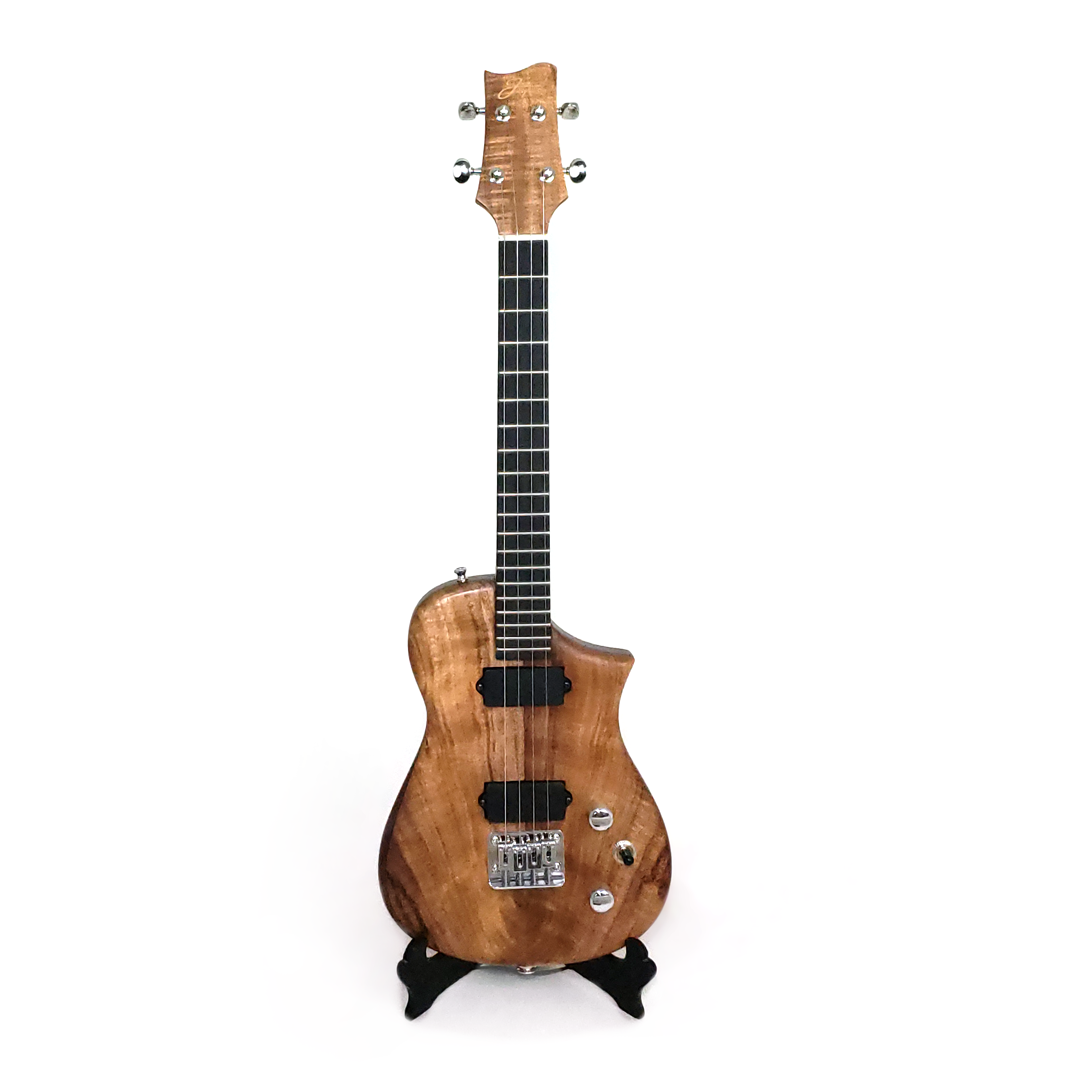 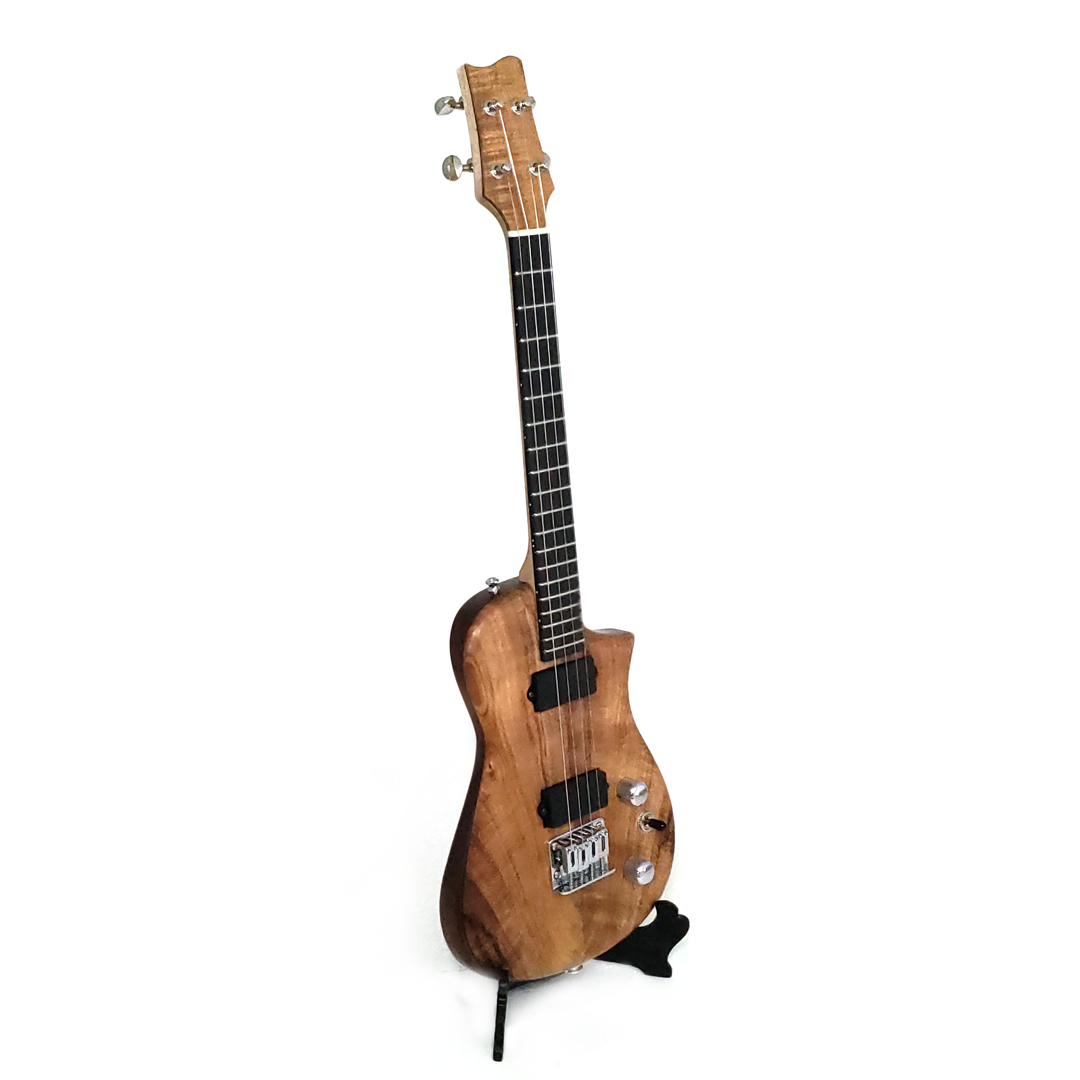 Blaine Dillinger is the guitarist for Reggei band Hirie. He contacted me when in February of 2018 when the band was on their Way to a show in Bend as part of their Stay Wandering Tour.  Blaine invited me to meet him at the band’s soundcheck and asked if I could bring him a few ukes to try out (read all about it on our Blog)

After a great evening of connecting with the Blaine and the Band and watching them rock out all evening we decided to start on a custom uke project that would be built specifically for a Band that plays over 100 shows a year.  I knew it would be a big project, but I was also excited to have  one of my instruments in Blaine’s hands.

For this project Blaine selected a koa top that I brought back from my last trip to Hawaii paired with a nice African mahogany back.  We went with a nice quarter sawn maple neck and a rosewood fretboard all topped off with a matching koa headstock veneer (special note – this was one of the first 2 ukes with the newer Joyner headstock and logo).

For electronics we used a couple of hot single coil pickups with a custom spacing to give Blaine a little more room to get his pick between the strings.  The pickups are Reverse Wound Reverse Pole, so when the selector is in the center switch the pickups hum cancel.  A volume and tone knob round out the electronics on this uke.

This was a really great project and I truly can’t say enough nice things about Blaine, both as a musician and a human.  I think we nailed it, but its best to hear from the man himself.  Here’s what Blaine has to say: