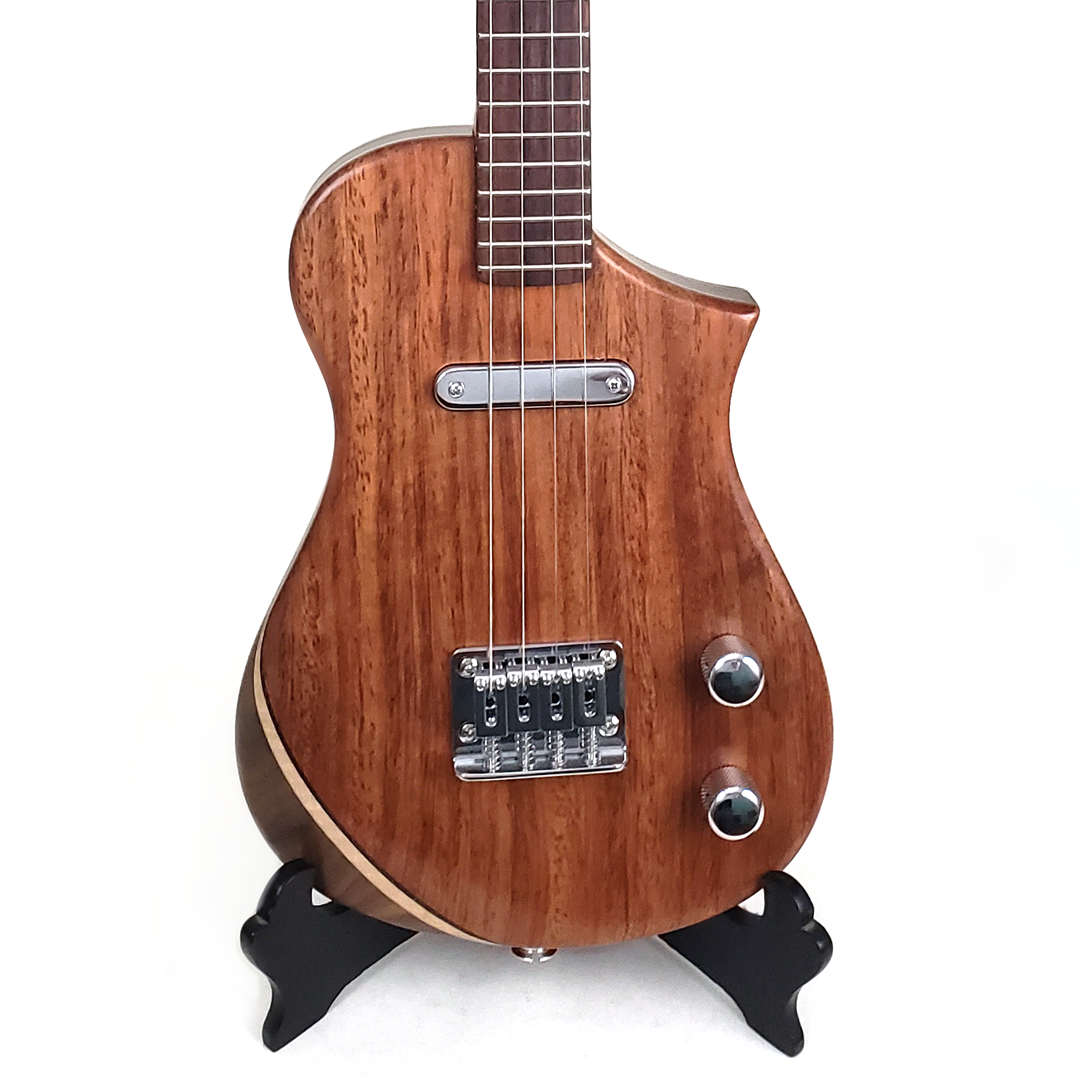 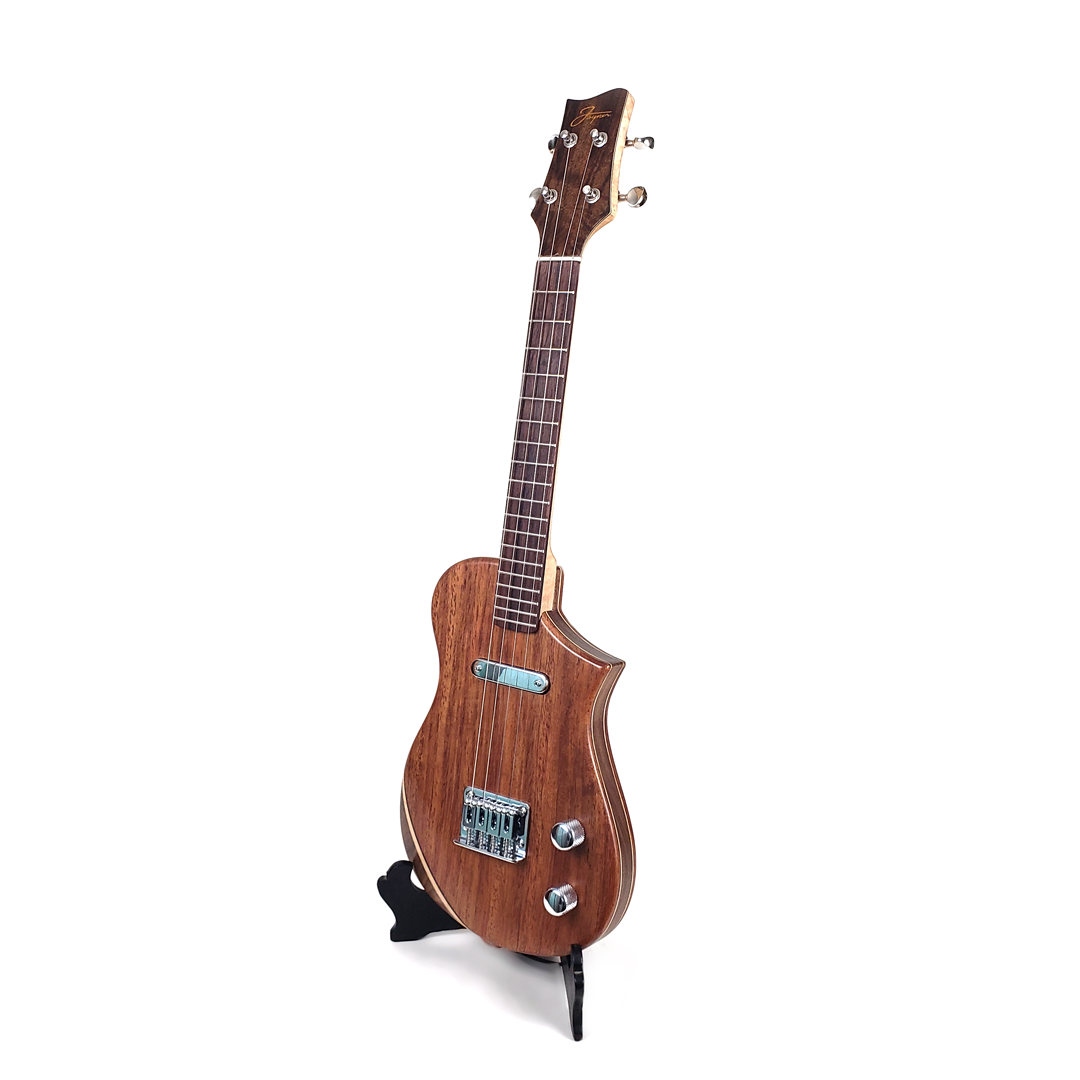 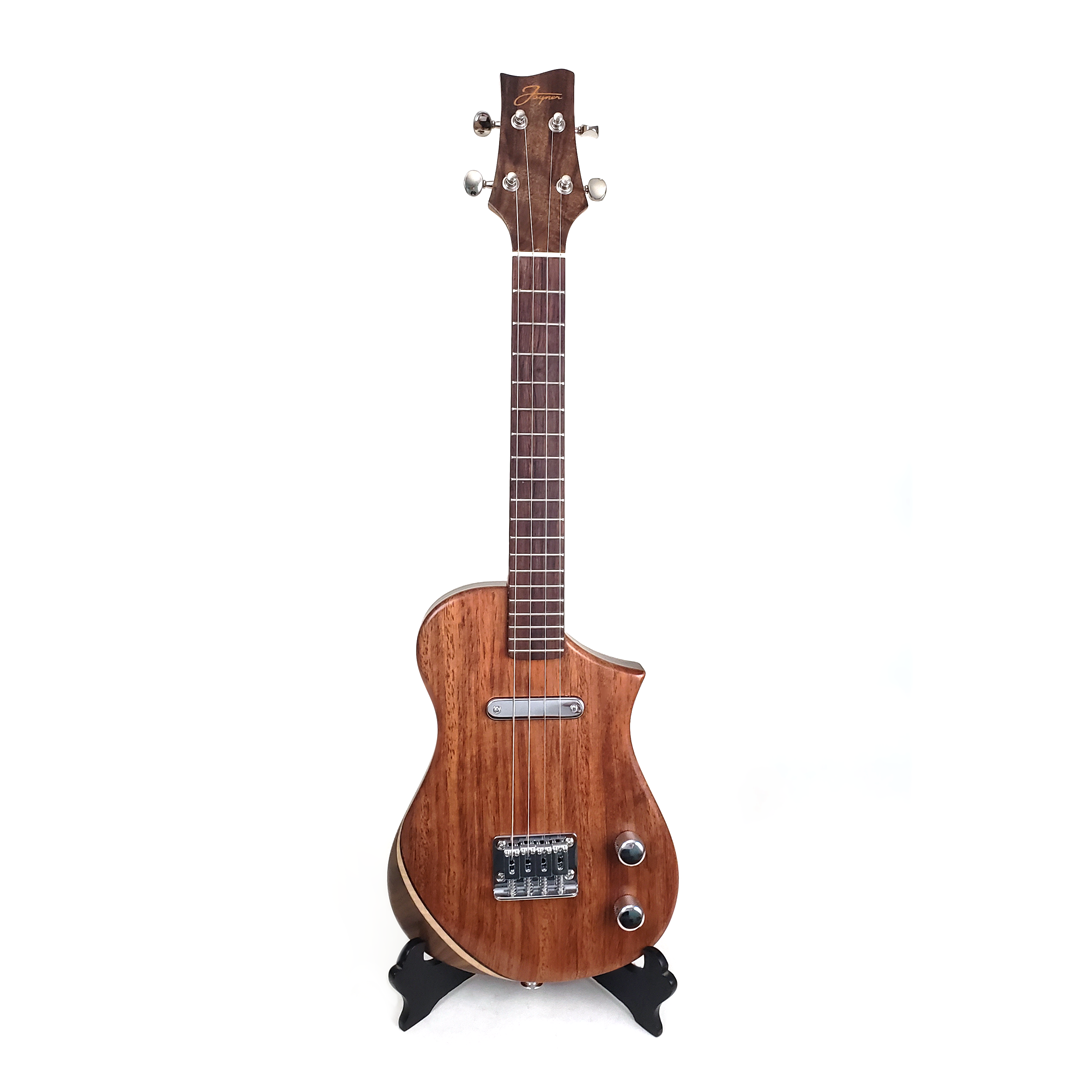 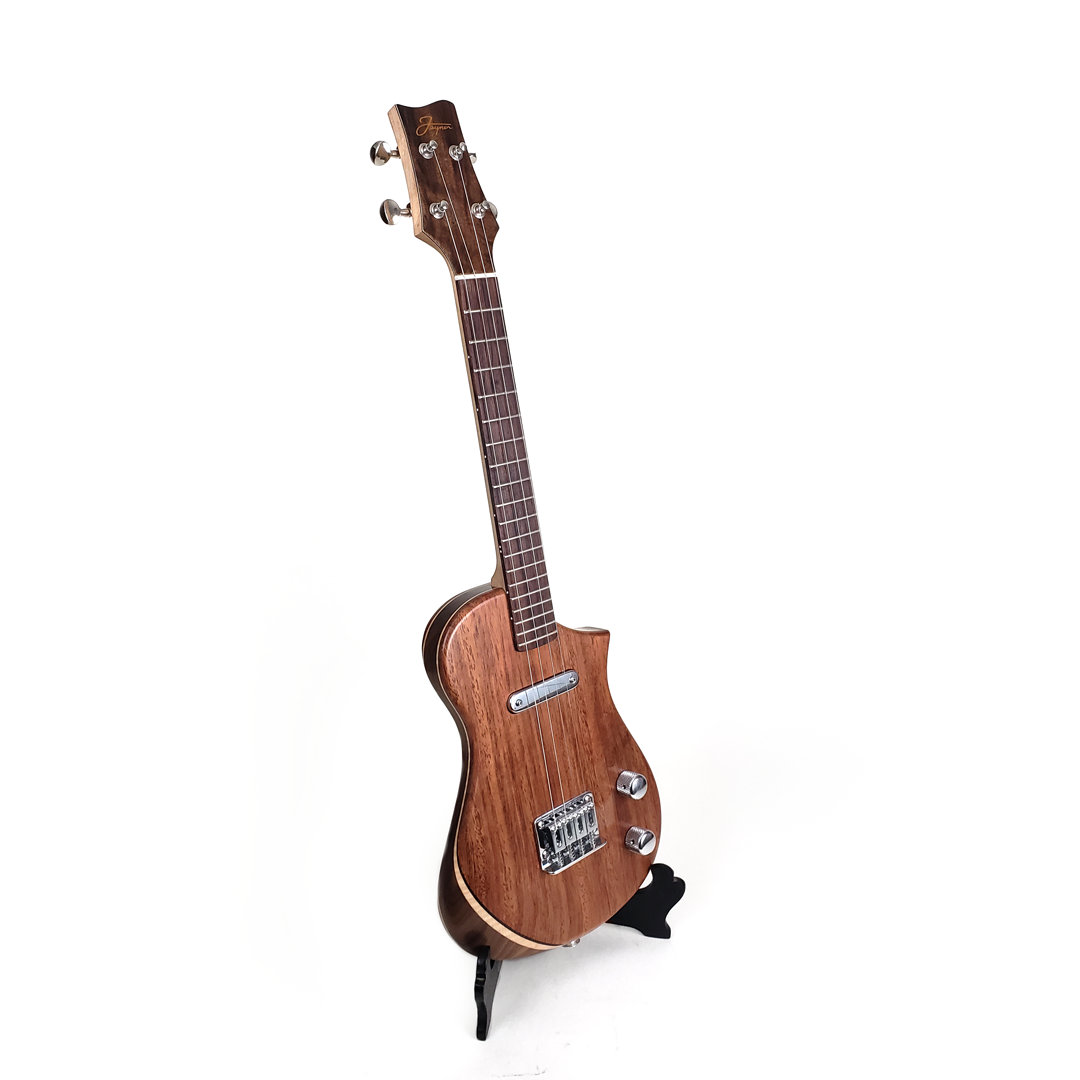 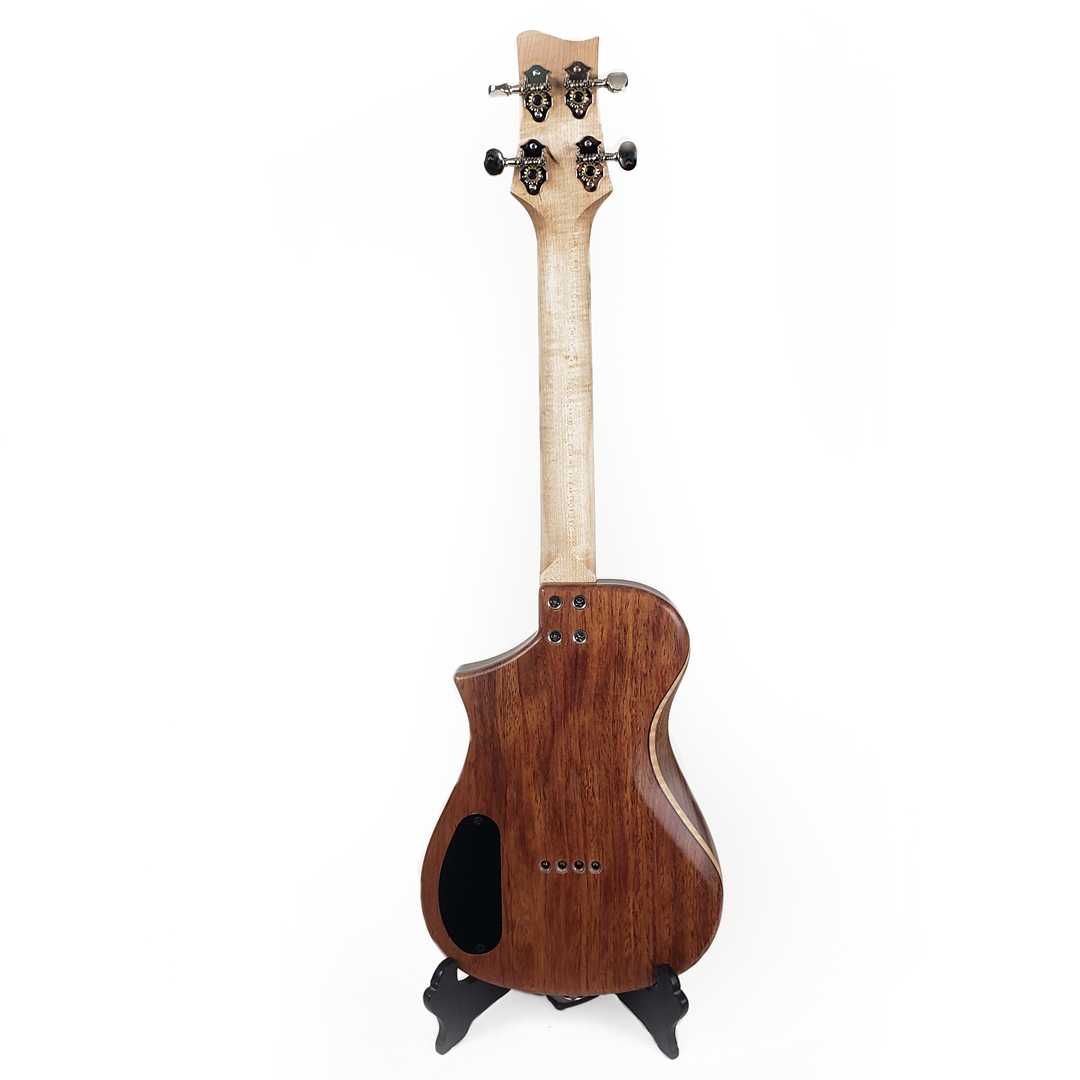 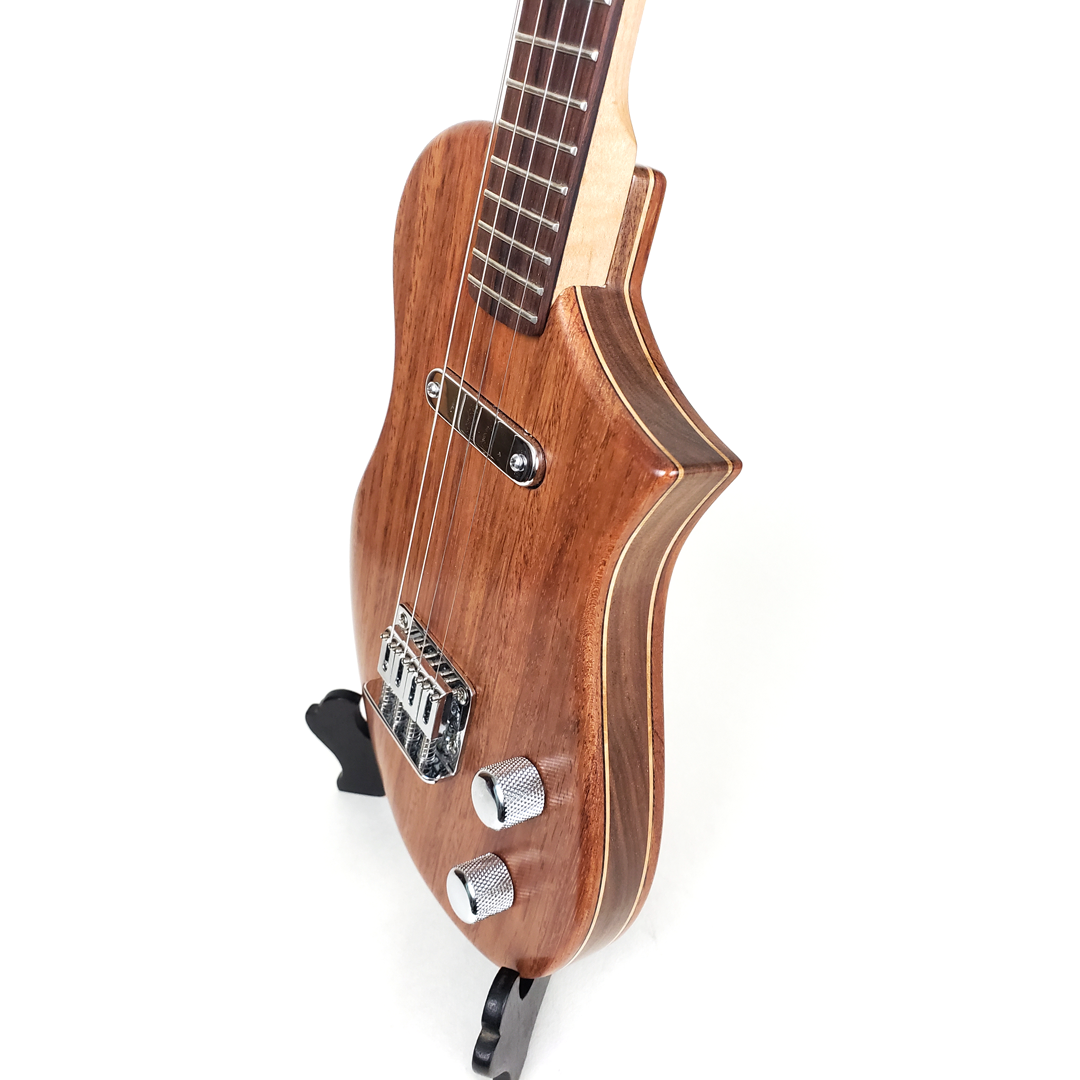 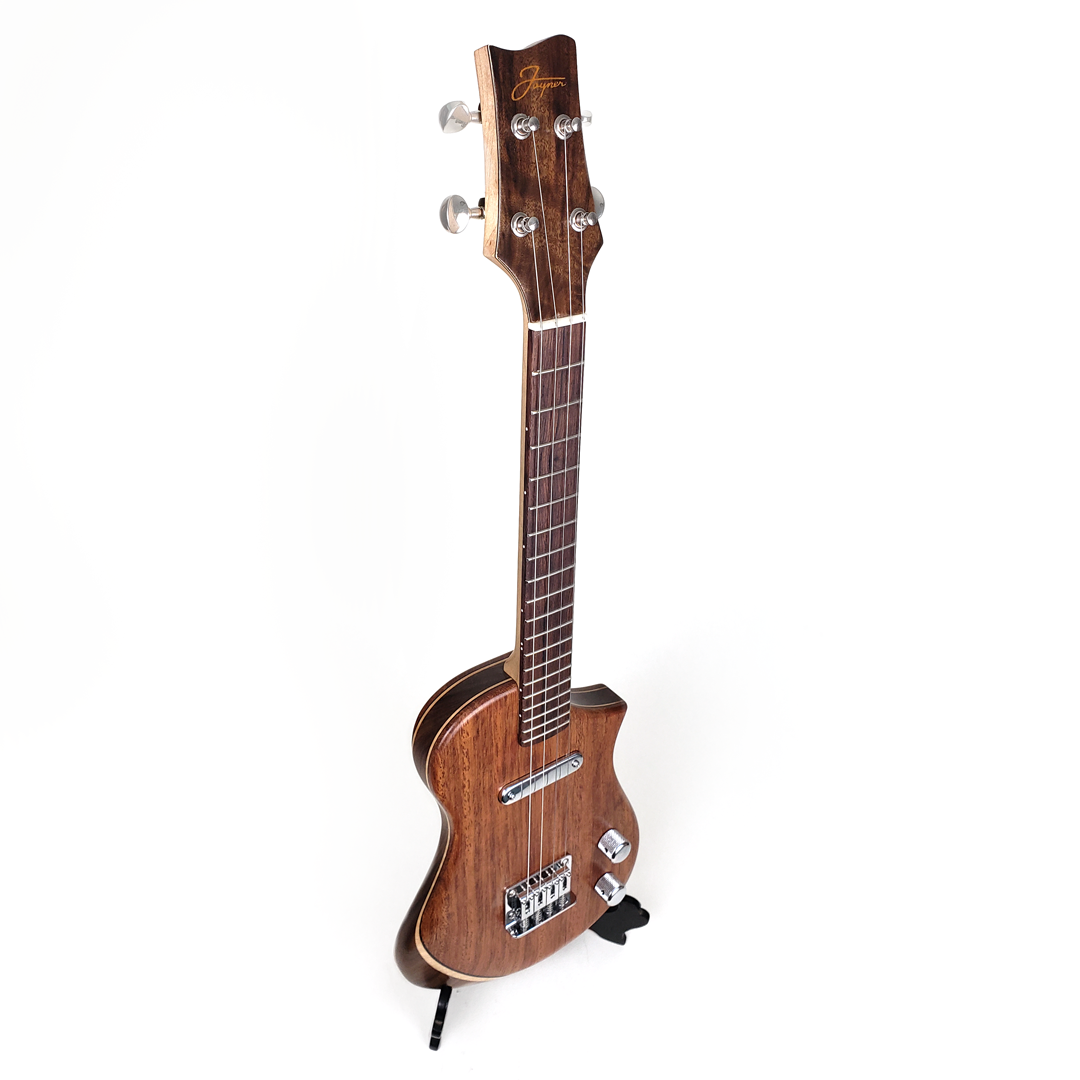 JI023 was built for Marius while he was spending a year traveling the world.  Marius is from Cologne Germany, but by the time he made it to Bend he had been through India, New Zealand and south America.  The first time Marius came into my shop and picked up a uke, he was impressed and decided that he needed one on his own.  I knew (thought) he wouldn’t be in town for very long so we got right to work.

Marius wanted something really special for his uke, so I took a field trip with him to the hardwood store so that he could look at more varieties that I had in stock.  He fell in love with Tennessee Aromatic Cedar for its beautiful color and aroma, but it is one of the softest varieties of cedar and wouldn’t hold up to a world travelin uke player, but it did make me think of an amazing slab of bubinga I had stashed at my shop.

Marius wasn’t interested in a bookmatched top, so instead we went for a full hippie sandwich.  I sliced the bubinga down the middle and added in layers of wenge, maple, and walnut (7 layers in all).  Marius picked a gorgeous rosewood fretboard with some amazing figure to balance the uke and a figured walnut headstock to put it over the top.  This uke also features the first Joyner T style pickup.  A custom wound single coil pickup designed collaboratively and made for us by Warp Core pickups.

Once we started the build, Marius decided to hang around Bend for the next month or so, finding work and lodging as a personal chef. I was lucky enough to eat some of his food and it was unreal.  The uke was finished on the last day of Marius’s stay and he came by to pick it up on his way out of town.  It was great to see him light up when he finally saw the finished uke, but sad to see him go.  Hopefully I’ll make it over to Cologne soon and we can busk together in the EU.